The Spirited Garden in Jeju 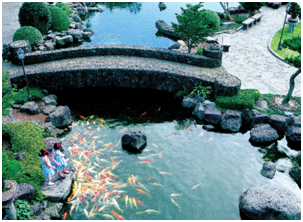 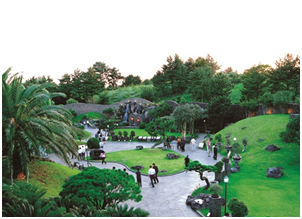 *Hu Jintao was vice president during visiting in April 30, 1998.

Many VIPs such as Nakasone the former Prime Minister of Japan, Megawati the former president of Indonesia, Ochirbat the former President of Mongolia, and Vietnam party secretary had also visited this garden.

Recently many students, faculty members, professors, and presidents from U.S.A., Europe, China, Canada, Australia, Republic of South Africa and etc. have visited this wonderful garden in Jeju City as a tour course.

In near future, the Spirited Garden is to be selected as one of tour courses for the students, traveling in Asia while taking summer school, from many universities of U.S.A. which are in strong partnership with TOBA.

Jungsook Ma, the Vice President of the Spirited Garden in JeJu, attended in the informal discussion about Madonna University in Michigan State. At that time, the Vice President Ma had deep discussion in regard to cooperation with the universities which are in strong partnership with TOBA, promising that she will fully assist the students who is going to visit the Spirited Garden. 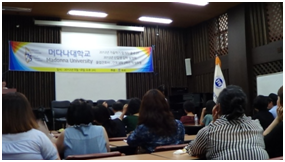 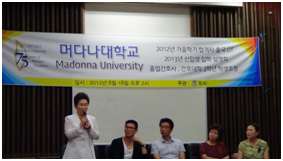 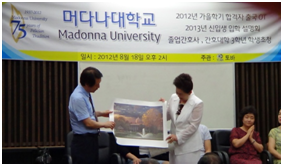